The BBC will axe Newsround’s afternoon edition after almost 50 years after audiences for its bulletins on the small screen continued to fall in lockdown.

The broadcaster wants to move more of its children’s content online in an attempt to halt declining TV viewing numbers among young people.

Ofcom approved the BBC’s plans after the corporation told the TV watchdog it wanted to expand the range of content on the Newsround website – as its online audience rose by a quarter over the first three months of lockdown.

The BBC had hoped to have the changes in place by this April, but all non-essential decision-making was paused by Ofcom at the start of lockdown.

Ofcom’s approval means that the BBC can reduce the minimum amount of news it broadcasts on children’s channel CBBC from 85 hours to 35 hours per year.

The decision also means that the BBC is free to slash the beloved after-school Newsround bulletin, a hallmark of the show which first aired on April 4, 1972.

By contrast, Newsround’s online audience is growing and its website enjoyed two of its highest weeks ever during the coronavirus lockdown.

As its online audience rose by around 25 per cent during the first three months of the crisis, Newsround’s average TV audience size among children aged six to 12 was 24,000 in April and May, compared to 37,000 in the same months last year.

Newsround editor Paul Plunkett today revealed that Newsround is also planning to hire its first full-time environmental journalist, to launch a new YouTube channel and aims to deliver ‘big journalistic moments’ that can be used across BBC News.

He said: ‘Whilst this feels like a big change, we know that the Newsround website already reaches many more children than the teatime bulletin.’

Opponents of the BBC’s changes have argued that Newsround’s TV bulletins are a ‘safe haven’ for children from the dangers of online fake news.

Ofcom’s decision frees the BBC to slash the beloved after-school Newsround bulletin, a hallmark of the show which first aired on April 4, 1972 (pictured, anchor John Craven)

The BBC had hoped to have the changes in place by this April, but all non-essential decision-making was paused by Ofcom at the start of lockdown (pictured, Krishnan Guru-Murthy) 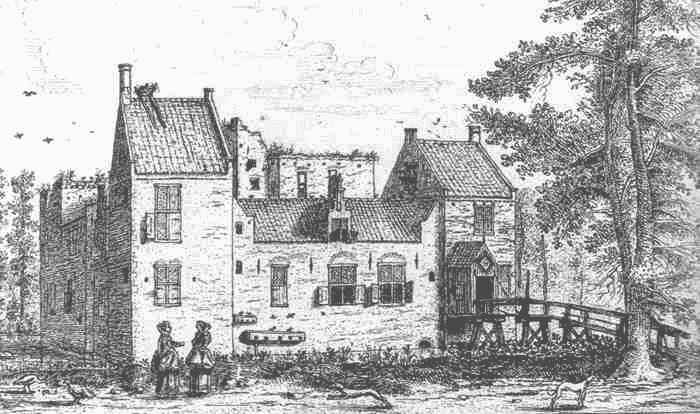 Media regulator Ofcom rejected these claims, insisting instead that ‘it is important for the BBC to be able to have the flexibility to experiment with where it delivers content in order to remain relevant to younger audiences, who are increasingly consuming less BBC content, particularly via linear TV’.

‘We support the aspiration behind the BBC’s proposals to shift its focus towards where its audience is moving,’ Ofcom said.

A BBC spokesman said: ‘We’re delighted that Ofcom has approved these changes to our operating licence. This will allow us the flexibility to make more news for more children across more platforms ensuring the much-loved brand continues to thrive in the modern day.’

An Ofcom spokeswoman said: ‘We agree that it makes sense for the BBC to provide more children’s content online.

‘Given significant shifts in children’s media habits, which have continued during the pandemic, this should help the BBC to engage better with its youngest audiences, who are critical to its future success.

‘But we’re also imposing important safeguards to ensure that the quality of content on the CBBC and CBeebies channels is maintained, and that the impact of the BBC’s changes are carefully monitored.’

Ofcom approved the BBC’s request to reduce the minimum amount of news it is required to broadcast on CBBC from 85 hours to 35 hours a year.

It said the ‘BBC needs to think about how it makes its online content easily discoverable’ online.

The TV watchdog also accepted the broadcaster’s request to reduce the first-run UK originations quota for children’s content on CBBC from 400 to 350 hours – to take account of the agreed 50-hour reduction in the number of hours of children’s linear news broadcast on CBBC.

By Jack Wright and Joe Middleton for MailOnline

The BBC denied axing political journalist Andrew Neil in their latest round of job cuts, saying he is ‘in talks’ over a new TV role after cancelling his BBC Two interview show.

The veteran broadcaster’s political programme – The Andrew Neil Show – has not been on the air during the coronavirus pandemic, and the corporation confirmed the programme will not be returning.

It comes as the corporation has announced plans to cut a further 70 jobs from its news division, meaning the total number of job losses is expected to be 520.

Viewers have criticised the BBC for pandering to ‘cancel culture’ and ‘Left-wing, pro-Remain establishment elitists’, with Labour MP Wes Streeting tweeting: ‘The cancellation of @afneil’s show is great news for those in power wishing to avoid scrutiny and a shame for everyone else.’

Mr Neil, 71, made no comment but shared social media posts from viewers and public figures criticising the BBC’s decision and praising his tenacious interviewing style.

However a BBC source told the MailOnline they currently in discussions with the veteran broadcaster – famed for his forensic no-holds-barred interviews – to start a new interview series on BBC1.

The source said: ‘Any talk of letting go of Andrew totally misses the mark.

We’re huge fans of Andrew’s long-form political interviews and are actually hoping to put a show like this on BBC One, rather than BBC Two.’

‘We remain committed to Andrew Neil’s in-depth interviews (as well as the Budget, US Election and other Specials).

‘The Andrew Neil Show will not be returning but we’re in discussions about a new interview series on BBC1’.

Andrew Neil’s political programme has not been on the air during the coronavirus pandemic, but the broadcaster said the show will not return even as the crisis subsides.

A BBC spokesman told MailOnline that Mr Neil, 71, will not present Politics Live on a regular basis and head of news Fran Unsworth (right) there are no plans to replace his show with anything similar

Furious viewers slammed the BBC for hokislot88 axing Mr Neil’s short-lived show, with Labour MP Wes Streeting tweeting: ‘The cancellation of @afneil’s show is great news for those in power wishing to avoid scrutiny and a shame for everyone else’

Tags: Judi online
© Copyright 2019 Islamicpng I All Rights Reserved I Powered by Islamicpng
We use cookies to ensure that we give you the best experience on our website. If you continue to use this site we will assume that you are happy with it.Ok